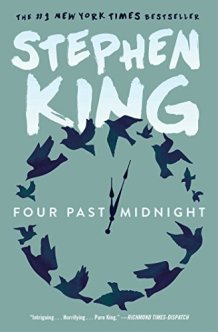 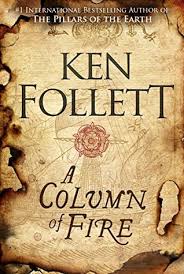 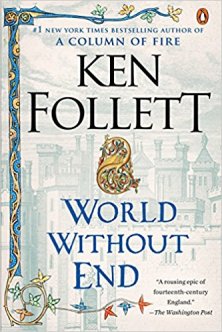 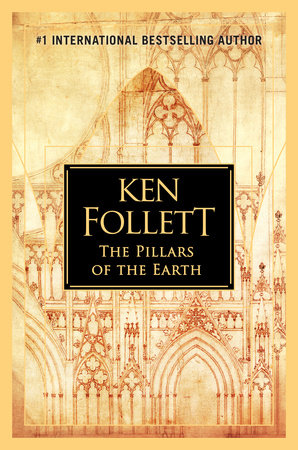 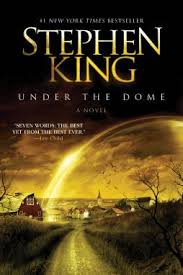 5. A Column of Fire by Ken Follett – 916 pages (according to goodreads.com).  For me, Column of Fire was the least enjoyable of Follett’s Pillars of the Earth series.  Don’t get me wrong- it was a four star read overall, but if I compared it strictly to the first two books, it would only be three stars.   Review here!

4. Four Past Midnight by Stephen King – 930 pages. This was one of King’s less enjoyable short story collections. This is comprised of: The Langoliers, Secret Window, Secret Garden, Library Policeman, and The Sun Dog.  At least two of these are probably considered King classics, and The Sun Dog is one of the many Castle Rock short stories.  Review here.

3.  The Pillars of the Earth by Ken Follett – 973 pages.  One of my favorite historical fiction books of all time.  It’s a sweeping epic set in 12th century England.  Poor Tom Builder is in need of a job.  His wife dies during child birth, and he is left with three children to raise.  Luckily for him, Prior Phillip is in want of a new church.  I know this summary sounds boring, but this is anything but.  It’s filled to the brim with drama, and just when you think these characters can’t fall any lower, the trapdoor gives way.  Sadly I have no review for this one.  (Maybe I could solve that problem with a re-read?)

2.  World Without End by Ken Follett – 1,014 pages.  Again- one of my favorite historical fiction books of all time.  I loved this one even more than Pillars of the Earth.  Follett dropped a lot of the medieval masonry talk (though trust me, there is still plenty) and cranked up the drama.  I can’t say enough good things about these books.  Review here.

1. Under the Dome by Stephen King comes in at 1074 pages.  One of my absolute favorite books of all time.  Period.  I know a lot of King fans disliked this one, but honestly I can’t tell you why.  I’ve read this three times and at least on one occasion, in the span of two days.  Unfortunately, this is probably the only book on the list I could reasonably classify as Science Fiction and I have no review to share.  (Shame on me!)

Honorable mentions: A Passage to Shambhala by Jon Baird and Kevin Costner at 770 pages; Needful Things by Stephen King at 790 pages; A Game of Thrones by George R.R. Martin at 819 pages; Outlander by Diana Gabaldon at 850 pages; and Vanity Fair by William Makepeace Thackeray which GoodReads clocks at 912 pages, but seems suspect to me.

Longest books on my TBR: 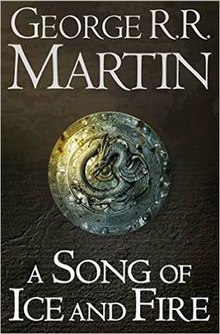 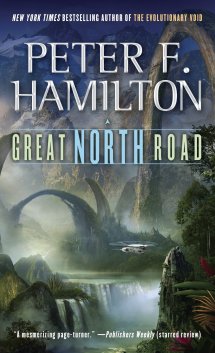 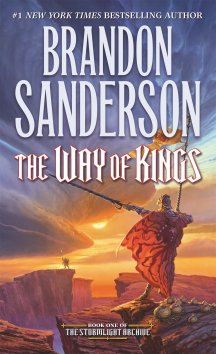 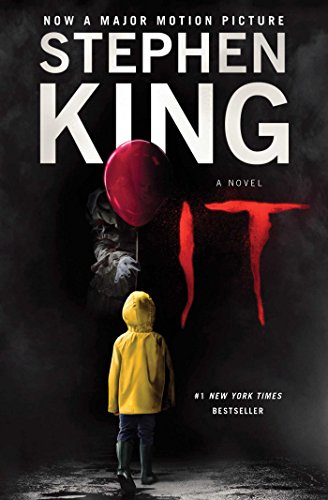 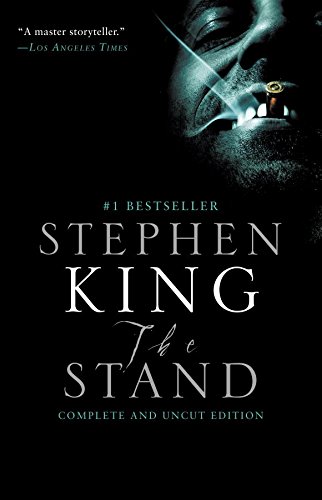 5.  The Song of Ice and Fire Books (#2-5) by George R.R. Martin – I’m giving this the number five spot, because A Clash of Kings is only 784 pages, but technically, books three, four and five are all on my TBR and much longer.  (If I had included them, three of these spots would have gone to him, and that’s kind of boring.)

4. Great North Road by Peter F. Hamilton – 948 pages.  This sounds like a family saga where the “family” are actually all clones.  The world building has the potential to be amazing: cloning, clean energy consumption, instantaneous travel across light years.  Throw in a murder mystery… I am VERY eager to check this out.

3. The Way of Kings by Brandon Sanderson – 1,007 pages.  Here’s an embarrassing factoid: I’ve never read anything by Sanderson.  I see his name everywhere… for some reason I can’t motivate myself to check him out.  (Someone please convince me in the comments below!)

2. IT by Stephen King – 1,116 pages.  UGH.  THIS BOOK.  Do you know how many times I’ve tried and failed to read IT?  Like eight times.  I pick it up, read the same two chapters, put it down and move on.  I’m not even giving it a fair shake.  I think the problem is that I own it in paperback.  I did make it through a decent chunk of the audio, which was well done, but I’d need like six weeks to listen to it all.

1. The Stand by Stephen King – 1,153 pages.  I’m also embarrassed I haven’t yet read this.  I feel like people who don’t even like King have read this.  I’ve heard the edited “abridged” version is the better one… and I aim to complete it in the next year or two, because it sounds very similar to Under the Dome, if the Dome trapped the whole world and that world had already ended.

What’s sad is looking at the books on my TBR, is I already own most of them.  I don’t dislike long books… Most of the ones on my have read list were four and five star reads for me.  I think I’m just scared to commit to them with the number of buddy, group, and challenge reads I actually have committed to.

What about you?  Long books, yay or nay?