How do you bust a reading slump?

Read ALL the books.

So I went to the library and got ALL the books.

Okay not really.  Here’s what’s up next:

Initial impressions: The writing is excellent.  I only read the first chapter but it was super atmospheric.  It was very easy to picture the setting: people riding bikes and horse drawn carriages in the streets.  A bustling city with soldiers coming and going.  The shadow of war hanging over them all.  The intrigue level is super high.  Nothing is really explained.  It starts out normal enough with a doctor leaving work for the day, and an emergency patient coming through.  And then the magic and witchery starts.  I was expecting more magical realism than straight up magic (which honestly is not really my thing) but I like it so far.  It seems to be hinting at an underground mage society so I’m excited to see where that leads to.  A promising start! 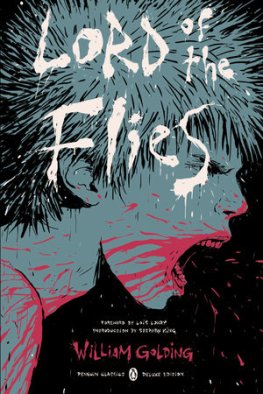 Lord of the Flies by William Golding

Initial impressions: First of all- GoodReads told me this was 182 pages long.  It’s not.  I’m willing to forgive it in lieu of the fabulous introduction from Stephen King.  When he found this book, he said he was looking for a book about “how boys really are.”  Golding’s influence on King is obvious.  As I read through the first chapters I kept thinking it felt familiar. Finally I realized it was because it feels like King.  The characters feel real, the prose isn’t overly flowery (though more flowery than King’s).  I’m a little confused about how these boys got to this island, but so far that first chapter is the one that resonated with me the most, so I’ll be continuing with this one before the others.

Blood Meridian, or the Evening Redness in the West by Cormac McCarthy

Initial Impressions: This is confusing as hell.

Seriously- why do authors think writing without quotation marks is a good thing?  Not cool man. I had to re-read a paragraph like eight times, move on, and then double back when I realized there weren’t any quotation marks (and honestly I’m still not sure I understood the conversation).  Otherwise, the prose is spot on.  I’ve highlighted a couple quotes I love already, and if it wasn’t for Lord of the Flies, this would have been my second pick to continue reading.  I’m not sure what the judge’s deal is. I know he’s the big bad in this novel though, so I’m excited to see what it’s leading up to. 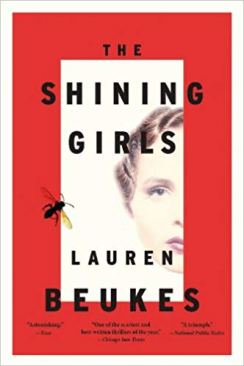 The Shining Girls by Lauren Beukes

Initial impressions: I just read a book where a man gets shot in the chest, kills another man dead for taking his shoes, but pulling the wings off a fat little bumblebee bothered me more.  There’s something wrong with me right?  Anyway- I was immediately sucked in by the premise.  A little girl meets a strange man.  There’s something sinister happening with the strange man (Harper Curtis).  That much is obvious from the start.  He seems to hint that he’s acting under orders from some other organization, but that doesn’t make you like him any more.  The writing is great and I’m curious to see where it goes.

Initial impressions: I think I’ve only really read the introduction and the prologue so far, but I’m a little disappointed.  I’m still coming down from the high that was The Mere Wife, so I had high expectations.  My favorite type of writing, my favorite type of book, is one that I like to describe as unapologetic.  The author writes in a way that’s bound to make the reader uncomfortable, exposing all the ugly truths within a person or a society or practice, but so far this isn’t that.  It doesn’t carry the same level of force that The Mere Wife does. Still, I haven’t read much so I’ll remain hopeful.

The Queens of Innis Lear by Tessa Gratton

Initial impressions: I wasn’t really interested in The Queens of Innis Lear when it first released.  The title, the name… it seemed like a pretty generic fantasy to me.  It looked and sounded similar to Four Dead Queens and Three Dark Crowns, which all released at about the same time. But I recently stumbled across the title Lady Hotspur which I added strictly because of the title.  When I checked out the blurb of that, it referenced this.  So I doubled back to TQOIL and read the blurb, and thought what the hell.  I liked King Lear, who not give it a go?  I hope it maintains the humor and wit of King Lear throughout.

So that’s ALL the books.

Have you read any of them?  Are they on your TBR?