One of my favorite ways to see at a glance whether a book might be for me is to look at how people have shelved that book on GoodReads.  Skipping to the last page of Foundryside by Robert Jackson Bennett I see this (please excuse my terrible highlighting):

I don’t know what backstabalicious is exactly- but it sounds like something I’d read.  Of course, my own GR’s shelves aren’t nearly so exciting.  In addition to the “Read” “Want to Read” and “Currently Reading” shelves, I have three other exclusive shelves: “Read-Me-Maybe” (books that haven’t convinced me yet, but I don’t want to forget), “On-Hold” (technical DNF’s that I want to come back to when I’m in the right mood), and “Up Next” (to help me juggle multiple library reads and ARCs).

Aside from those three, I’ve got 38 other shelves, tracking things like genre, ARC approvals, book club reads or challenges I’ve taken part in… standard stuff to keep me organized.  The rest of them tell me (or I guess other readers) something about the book.  None are quite so creative as backstabalicious, but they are a great go-to when I’m trying to find something to recommend someone.

Now that I’ve established how thoroughly unoriginal I am – let’s take a look at some other fun shelves I’ve found, and the books that occupy them. 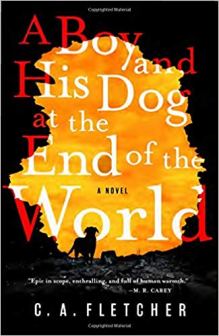 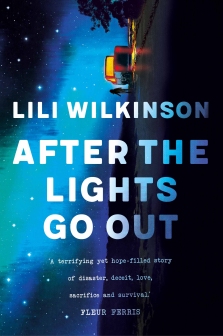 Wanderers by Chuck Wendig – Strange pandemic sweeps the land and turns a group of people into Sleepwalkers who cannot be put back to bed.
A Boy and his Dog at the End of the World by C.A. Fletcher – It’s right there in the title.
Salvation Day by Kali Wallace – Deadly virus on an abandoned space exploration vehicle is at risk of being freed.
After the Lights Go Out by Lili Wilkinson – Doomsday preppers put all their hard work to good use.
The Pandora Room (Ben Walker #2) by Christopher Golden – Pandora’s Box is found at an archaeological site, and a deadly pandemic is released. 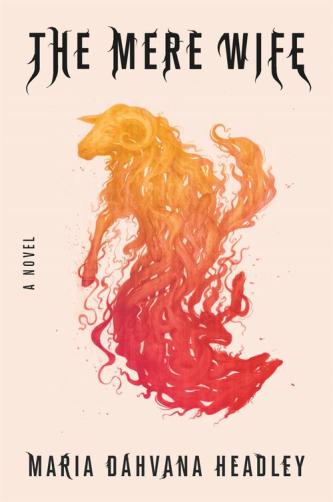 The Mere Wife by Maria Dahvana Headley – A Beowulf retelling.
Red Sister (Book of the Ancestor #1) by Mark Lawrence – A young girl trains to be a deadly assassin while being hunted by her enemies.
The Year of the Flood (MaddAddam #2) by Margaret Atwood – Two women navigate a new world after the old one is effectively ended by a natural disaster (a flood perhaps?).
Fortune’s Pawn (Paradox #1) by Rachel Bach – Female mercenary takes a security job on a cursed space ship.
Difficult Women by Roxane Gay – A collection of stories about “difficult” women.  Not SFF, but still something I really want to read. 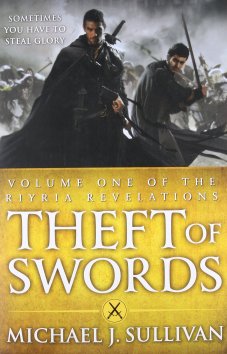 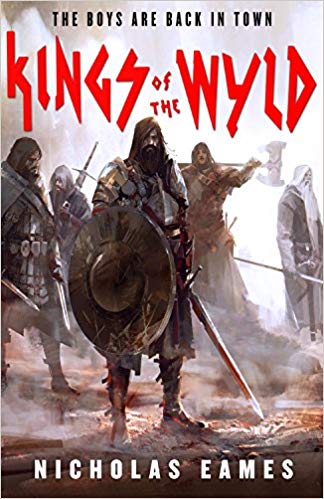 Traitor’s Blade (Greatcoats #1) by Sebastien de Castell – The First Cantor of the Greatcoats fulfills the last mission his King ever gave him with besties Kest and Brasti.
Theft of Swords (The Riyria Revelations #1-2) by Michael Sullivan – Two rogues, a thief and a mercenary, are framed for murder and on a run for their lives.
The Lies of Locke Lamora (Gentleman Bastard #1) by Scott Lynch – A group of conmen known as The Gentleman Bastards attempt a heist and get caught up in a conspiracy.
Prince of Fools (The Red Queen’s War #1) by Mark Lawrence – Prince Jalan Kendeth, a minor royal, journey’s across the land with a Norse warrior to undo the curse placed upon him.
Kings of the Wyld (The Band #1) by Nicholas Eames – Old mercenaries set out to rescue the daughter of one of their band mates.

Books That Make You Work For It 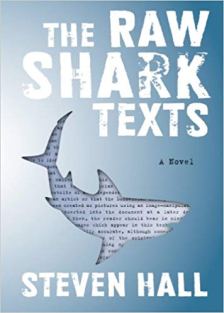 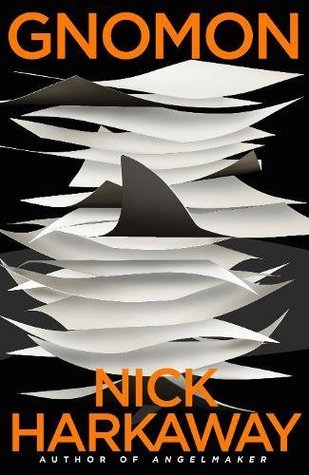 Gnomon by Nick Harkaway – In a dystopian future, a detective investigates the death of a civilian in government custody by navigating her memories, kept and recorded by The System.
The Terror by Dan Simmons – The crew of the HMS Terror are stranded in the Arctic circle while an unknown creature stalks them in the night.
House of Leaves by Mark Z. Danielewski – A family moves into a house that’s bigger on the inside than it is on the outside.  A terrifying mystery to be solved with color coded words and vertical footnotes.
The Quantum Thief (Jean le Flambeur #1) by Hannu Rajaniemi – I’m just going to drop the first line of the synopsis here because it’s so intriguing: Jean le Flambeur gets up in the morning and has to kill himself before his other self can kill him first.
The Raw Shark Texts by Steven Hall – Eric Sanderson, suffering from acute memory loss as a symptom of severe dissociative disorder must unravel the clues left behind by his first self to solve the mystery of what happened to him.

A Bright and Terrible Future

Too Like the Lightning (Terra Ignota #1) by Ada Palmer – In a utopian future, a plot is unveiled that will shake up the foundations of everything the people who built it believe in.  (It feels terrible to reduce this book to that one sentence- my review is here.)
Borne (Borne #1) by Jeff VanderMeer – Climate fiction and biotechnology have ravaged the world.  Rachel discovers a new piece of biotech that resembles a plant and keeps it as a pet.
Children of Time  (Children of Time #1) by Adrian Tchaikovsky – Earth is dead and the last of the human race must find a new home.  The only problem?  The new home is already inhabited…
The Sunlight Pilgrims by Jenni Fagan – In a world ruined by climate change – one man goes north while everyone else flees south to bury his mother and grandmother’s ashes in their homeland.
Where Futures End by Parker Peevyhouse – Five teens spread across time are linked by one common thread in a world dominated by technology and social media.
Whew- that was a long post. I think I added another 20 books to my TBR.  So what about you?  What do you have on your shelves?