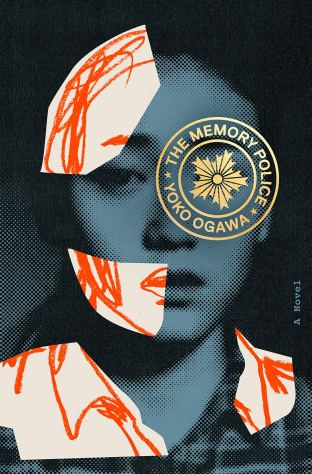 I have no idea how to even begin describing this.  The publisher’s described as Orwellian and I suppose it is very Orwellian in tone, but the plot and world building are very different than 1984.

The premise is this: on an unnamed island, things sometimes “disappear”.  If the islanders don’t rid themselves of the things that disappear, the Memory Police may raid their house to take the items away.  Eventually the people forget all about the disappeared-thing (for example, if flowers disappear people stop remembering that flowers ever existed and don’t even know the meaning of the word).  But some people don’t forget.  Those people are eventually discovered by the Memory Police and taken away, never to be seen or heard again.

So we follow an unnamed protagonist as she navigates this surreal landscape and things and people disappear around her.  It’s a meandering sort of story that ultimately feels largely allegorical, but no matter how hard I think about what the story might mean I keep coming up empty handed (aside from the obvious message about memories).

The writing and the translation (done, I believe, by Stephen Snyder) are beautifully done.  It doesn’t seem like anything special at first, and I don’t recall any passages that made me think: ‘I need to save this for my review!’.  But at the same time it kept me consistently engaged despite the slow pacing and plot.  It whisked me away and offered me an escape.  Albeit, to a rather depressing sort of place, but I often had a hard time putting it down and found myself eager to keep going.

The characters will also stick with me for quite awhile.  This is fairly impressive considering the amount of distance placed between them and the reader.  None of them have names.  One is Old Man.  The other is simply R.  Other characters are identified by their professions.  The hatmaker.  The neighbors.  Mother or Father.

The main character is a novelist, and we are given glimpses of her WIP through out.  To be honest, I didn’t feel these parts added much to the overall novel.  The story itself largely mirrors what our protagonist is going through and didn’t reveal much else about the story.

I also will say I wasn’t a fan of the ending.  I can’t really expand on this without spoilers so I’ll avoid discussing it too much, but as I approached the end I remember thinking there weren’t enough pages to wrap up the story and while there is definite closure it was a disappointing sort of closure without much explanation.

The entire novel is ambiguous which is why I think I’m taking less issue with it than the last few ambiguously ended books I’ve read.  Everything is sort of surreal and dreamlike and the reader is just expected to take it at face value.  *shrugs*

For the most part I really enjoyed this and will likely check out other works by this author in the future.  I don’t think it will be a book for everyone and I don’t foresee myself recommending it often – but I think for some readers it could be an enjoyable literary diversion.

Thank you to the publisher for sending me an ARC for review.  The Memory Police can be found on GoodReads and Amazon.

21 thoughts on “Book Review: The Memory Police by Yoko Ogawa”