This week’s topic: Books On My TBR I’m Avoiding Reading and Why, comes to us from Caitlin @ Caitlin Althea and I think it’s a great topic because I have SO MANY OF THEM. 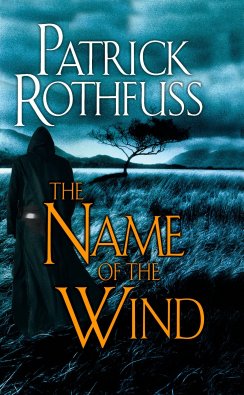 The Name of the Wind (Kingkiller Chronicles #1) by Patrick Rothfuss – Full disclosure: I’ve started the audiobook of this at least two times that I remember.  I think I need to eye read it, but honestly I made it halfway the second time and I still wasn’t seeing the appeal.  I think it’s incredibly slow paced and it didn’t feel like there was a lot of plot.  Also – someone tell me again why this trilogy isn’t finished yet?  What is Rothfuss waiting for?

The Lies of Locke Lamora (Gentlemen Bastards #1) by Scott Lynch – I’m avoiding this for two reasons. 1) I have the paperback, and it’s 700 pages long with tiny text and it’s going to hurt my hands to keep holding this open for extended periods of time. 2) I’m terrified I won’t love it, because everything I know about it says it should be a home run.

The Wish Granter (Ravenspire #2) by C.J. Redwine – I bought this without ever reading the first book because it’s a Rumpelstiltsken retelling- and it’s one of my favorite (grim) fairy tales. Then the first one came available through my library, and I decided maybe I should just begin at the beginning.  The Shadow Queen turned out to be full of tropes I hate and flat characters with corny dialogue that made my skin crawl (I’m sorry).  Anyway, I still want to read it, because I own it, but it might take me a year… or 10.

The Once and Future King by T.H. White – I really, really, want to read, what is not the original King Arthur, but certainly a King Arthur classic.  But it was written in the 50s and I’m really nervous the pacing will be slow, or the language dense… ugh.  I need to get over it.

Wonder Woman: Warbringer (DC Icons #1) by Leigh Bardugo – I love Six of Crows as much as any regular devourer of YA.  However, when I later tracked back to read the Grisha trilogy, I was sort of baffled it was written by the same author.  It’s not that they are bad books, they just feel so… generic.  And it’s made me drag my feet on reading this. 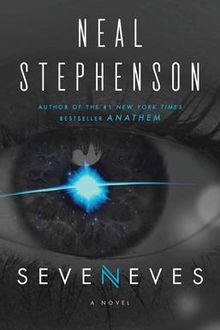 Seveneves by Neal Stephenson – Have you seen it?!  It’s like 900 pages long!  Also – I’ve come to the conclusion that Stephenson is a lot smarter than I am.. and that makes me nervous. 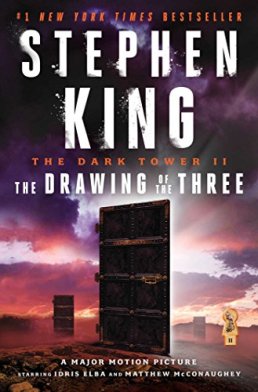 The Drawing of the Three (The Dark Tower #2) by Stephen King – I love King.. so I feel qualified to say… The Gunslinger was kind of boring.  I’ve heard these books get better with time, and I already own this one… but I haven’t been in any rush to get to it.

A Clash of Kings (A Song of Ice and Fire #2) by George R.R. Martin – I read A Game of Thrones about 1.5 years ago.  And I actually did enjoy it, but I’m nervous that with the time that’s passed and the complexity of these books and this world.. that I won’t remember enough to enjoy it…

Gardens of the Moon (Malazan Book of the Fallen #1) by Steven Erikson – Another read that’s been classified as “difficult.”  But I want to love it so bad!  But what if I can’t figure it out?!

I have probably a hundred others I could add to this list, but that’s ten!  What about you?  What books have you been avoiding?

54 thoughts on “Top Ten Tuesday: Books I own and have thus far ignored.”