November is Native American Heritage Month!  I realize it’s also Sci-Fi month, and I would have loved to do a post dedicated just to Native American Science Fiction, but sadly I could only find a couple of authors, so I am broadening this to include Fantasy.

Storm of Locusts by Rebecca Roanhorse – This is the second book in Roanhorse’s Sixth World series.  I did struggle a bit with Trail of Lightning, there were some things I wanted explained a little better and the plot was more loose than I would have liked, but the world building and mythology were all really cool!  Maggie Hoskie is a monster hunter in a post apocalyptic world.  I would like to continue the series some time.  I do suggest everyone check out Roanhorse’s short story, Welcome to Your Authentic Indian Experience, which is one of the more brilliant works of short fiction I’ve read in the past couple years.

Love Beyond Body, Space & Time Edited by Hope Nichols – This is an anthology about Native American two-spirit characters.  I will be honest and say I’m not sure if 100% of the stories are #ownvoices, but I believe at least one of them is.  It was put up for a couple of literary awards last year, which is how it made it on to my radar.

The Marrow Thieves by Cherie Dimaline – This has also been on my radar for a year or so.  It’s a YA novel set in a future world ravaged by climate change.  Everyone with the exception of Native Americans have lost the ability to dream, and their marrow holds the cure for the non-dreamers.  Now they are being hunted down and made into unwilling marrow donors.  I think I’ve been putting it off, because it sounds really dark, but it’s fairly highly rated on GoodReads, and has won several literary awards.

Future Home of the Living God by Louise Erdrich – Another #ownvoices book about a world where babies are stillborn due to genetic deformities making them very large and difficult to birth.  The term the book used is “reverse evolution”.  We are shown the story of Cedar Hawk Songmaker as she is pregnant, and must hide it from the wider world, lest she be abducted and her (hopefully healthy) baby stolen.  Unfortunately, this wasn’t a good book for me, because the ending was largely ambiguous, which I dislike, but I wanted to share because it has the potential to be an excellent book for someone else. 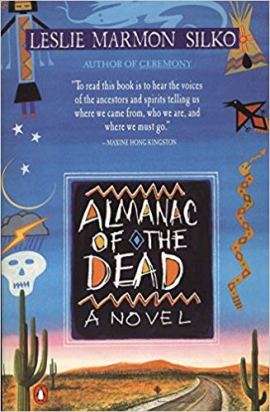 Almanac of the Dead by Leslie Marmon Silko – This is also #ownvoices!  I have no excuse for not having read it yet, since I actually do own this one.  This is a fantasy retelling of the history of Native American people told from the POV of Native people.

Mapping the Interior by Stephen Graham Jones – Stephen Graham Jones has been popping up on my radar quite a bit with his upcoming release: The Only Good Indians (which looks amazing!).  In the meantime, I plan to read this novella about a boy haunted by the ghost of his father. 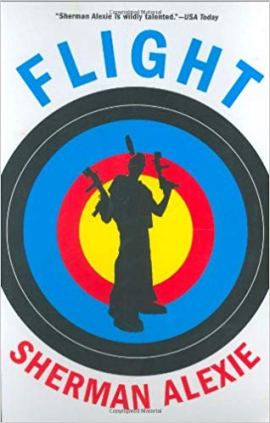 Flight by Sherman Alexie – About a young boy of Native American heritage that is flung backward through time as he is about to commit an act of violence.  I am hoping to get to this sometime this month, along with a couple others mentioned above.

Are you planning on reading any of these?  Do you have any other Native American authors to recommend?