Last week in celebration of Pride Month I talked about some of my favorite queer characters in fiction.  This week I want to talk about some of the books on my TBR featuring more LGBTQIA+ characters.  I’m going to start with a few that have already been released and I’m hoping to catch up on, but I also have some exciting future releases too. 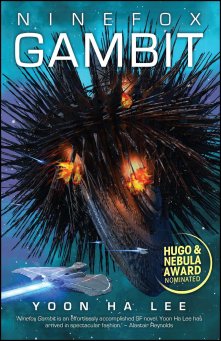 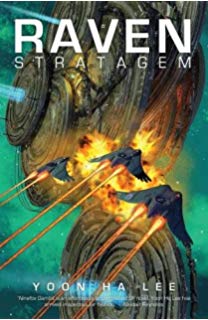 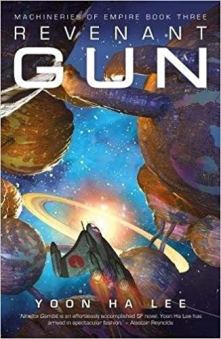 Ninefox Gambit by Yoon Ha Lee (and the rest of The Machineries of Empire series):  I am really scared to start this because I feel really confident that I’m going to love it and it will end up a new favorite read.  I am also scared to start this because I have a tendency to form expectations and then let myself down.  It’s supposed to be super complex and I’m hoping to see some elements that remind me of another favorite series, Terra Ignota. 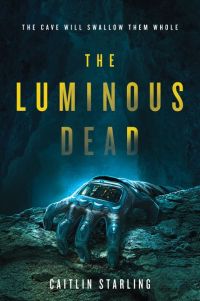 The Luminous Dead by Caitlin Starling:  My favorite genre mashup of all time is always going to be Science Fiction and Horror, and The Luminous Dead looks like the perfect combo of both.  I think space lends itself so very well to all kinds of horror situations.  Whether you’re just trying to survive the freezing desolate landscape of an undiscovered planet, being chased by alien creatures, or you’re adrift in a derelict space ship with no one to call for help, chances are, things will end badly.  I already have a buddy read planned for this one in September and I can’t wait! 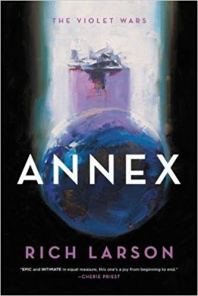 Annex (The Violet Wars #1) by Rich Larson:  This is a YA book about an alien invasion that somehow or other, leaves the world without adults.  At first, Violet and her friends think it’s pretty great to have so much freedom… but then the invaders come back.  One of my regular buddy readers enjoyed it and said it has trans rep (and that the character was one of her favorites), so I’m very excited to check it out. (PSA: this is currently $1.99 in the US Kindle Store as of 6/13.) 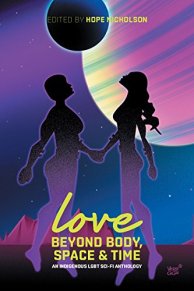 Love Beyond Body, Space, and Time Anthology edited by Hope Nicholson: This is a collection of indigenous short fiction all featuring LGBTQ+ characters.  It’s a pretty quick read (125 pages according to GoodReads) and I picked it up on sale awhile back.  Indigenous authors seem to be severely underrepresented in not only speculative fiction but fiction in general, so that makes this doubly exciting. 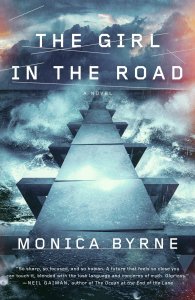 The Girl in the Road by Monica Byrne: Meena lives in futuristic Mumbai, but feels she must return to Ethiopia, her birthplace.  She’s not sure what’s waiting for her there, but she decides to cross using a forbidden energy bridge that spans the Arabian Sea.  Mariama, a girl from another time, is fleeing to Ethiopia from across the Saharan Africa in hopes of finding a better life.  It’s described as melding the influences of Margaret Atwood, Neil Gaiman, and Erin Morgenstern, and it’s been on my TBR for way too long. 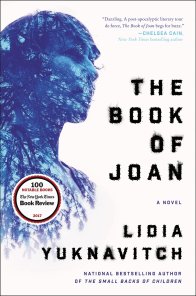 The Book of Joan by Lidia Yuknavitch:  This is a Joan of Arc retelling in a dystopian, post-apocalyptic landscape.  Do I really need to say more? 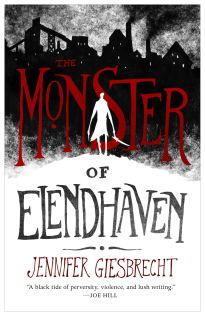 The Monster of Elendhaven by Jennifer Giesbrecht (releases September 24, 2019): I talked about this one not too long ago, but I love the idea of lovers being villains together.    This is quickly becoming one of my most anticipated fall releases. 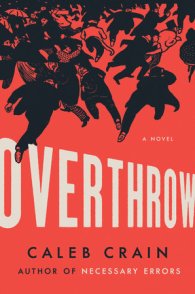 Overthrow by Caleb Crain (releases August 27, 2019): I stumbled across this on Edelweiss, and everything about the description had me falling in love.  The blurb is too long to summarize here, but buzzwords that caught my attention: telepathy, tarot cards, poets, the 1%, and utopian spirit, all featuring a m/m relationship that will be put to the test in a dystopian world that sounds similar to Orwell’s 1984.  Viking denied me the ARC, but luckily, August isn’t that far away. 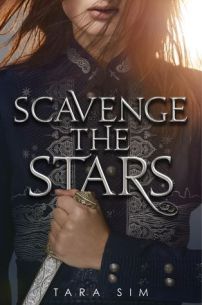 Scavenge the Stars by Tara Sim (releases January 7, 2020):  A gender flipped Count of Monte Christo retelling with Ace and Bisexual rep in space.  I have a feeling this will be huge when it finally hits shelves.  Right now, January feels very, very far away. 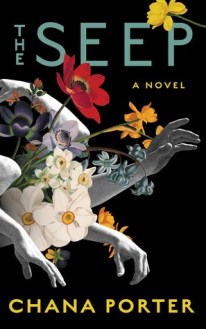 The Seep by Chana Porter (releases January 21, 2020): The Seep is about an alien invasion that brings new technologies, dismantles hierarchies, destroys capitalism, and introduces utopia.  The story follows a trans woman after her wife, seduced by Seep-tech, leaves her.  I really wish utopian stories had the same popularity as dystopians.  Mostly because I’m curious what others imagine utopia to be and how human society could ever get there.  I’m super excited for this, but have been holding off reading it until closer to release day. 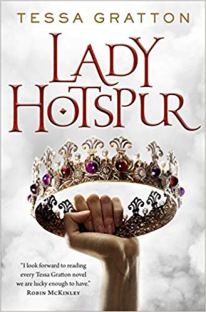 Lady Hotspur by Tessa Gratton (releases January 7, 2020):  I am reading The Queens of Innis Lear now, sheerly in preparation for this book, which I added entirely for the title without realizing that Hotspur is a character in Shakespeare’s Henry IV.  Fiery lady knight falls in love with a female military commander known as the Wolf of Aremoria?  I need this in my hands like, yesterday. 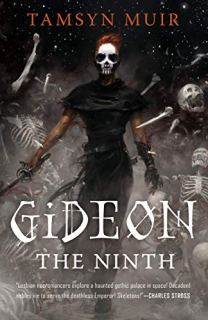 Gideon the Ninth by Tamsyn Muir (releases September 10, 2019):  From GoodReads: “Gideon has a sword, some dirty magazines, and no more time for undead bullshit.”  To that I say, sold!  I’m already in love with the personality of Gideon from that one line alone.  Necromancy is usually not my thing, but if a character is well written I’ll read just about anything.  It’s already getting rave reviews and thank goodness I don’t have to wait until 2020 for this one!

That’s it!  I’ve already seen a few Pride Month TBRs floating around in the blogosphere, but please let me know if you have any additional recs- I’d love to hear them!