First- a belated Happy Memorial Day weekend to all my American friends!  I hope you enjoyed it!  I’m sorry to kick this week off with a T10T when I haven’t posted a single review in weeks, but it was a hectic weekend for my family, filled with grilling, guacamole, sunshine and sprinklers.  My huge library book haul seems to be doing the trick as I will have a couple reviews for you all later this week.

Anyway, I’m looking at this topic and relieved because it seems easier than some of the last topics we’ve had this month, but I’m also wondering if I have a favorite for each year of the past ten.  I guess we’ll find out! 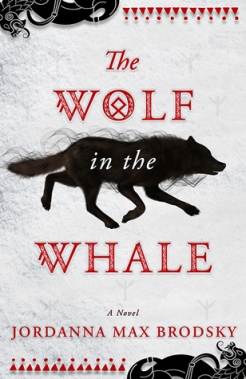 2019: The Wolf in the Whale by Jordanna Max Brodsky.  I’ve read significantly less 2019 releases than probably most other book bloggers- but I don’t foresee this changing.  I read this all in mostly one sitting. Not bad for a 500+ page novel! Honorable mentions to: The Test by Sylvain Neuvel, and Luna: Moon Rising by Ian McDonald. 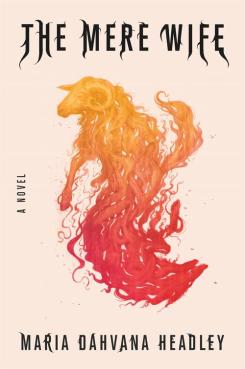 2018: The Mere Wife by Maria Dahvana Headley.  I also haven’t read that many 2018 releases apparently.  In my review, I only gave this 4.5 stars because the ending disappointed me, but months later I find myself craving more fierce, unapologetic fiction like this book, and wishing for ANYTHING with a similar voice. It really does deserve five stars. Honorable mentions: The Calculating Stars by Mary Robinette Kowal, and The Black God’s Drums by P. Djeli Clark.

2017: The Moon and the Other by John Kessel.  I think this is another that I gave 4.5 stars to instead of 5.  My reason for including this and The Mere Wife (above), is that in the end, I’ve held these novels to a higher standard.  If we’re going by literary accomplishment, I have more respect for them than I do for some of my 5 star reads for 2017.  The Moon and the Other is beautifully written, metaphoric, entertaining, and manages to give lots of food for thought. Honorable mentions: The Will to Battle and Seven Surrenders by Ada Palmer, and Tyrant’s Throne by Sebastien de Castell.

2016: Too Like the Lightning by Ada Palmer.  This is a weird one for me.  I absolutely will not recommend it to anyone to read, but it remains as a favorite.  I think if you can read it with buddies who can help you understand the intricacies of the plot and the world building, you’ll get more out of it.  If you are patient, this is one of the most rewarding books I’ve ever read. Honorable Mentions: Crooked Kingdom by Leigh Bardugo and The Flame Bearer by Bernard Cornwell.

2015: Six of Crows by Leigh Bardugo.  I suspect I’m not the only person to slot this for their 2015 favorite.  SoC is the reason I will still occasionally pick up a YA novel despite being disappointed with most other YA offerings (it’s not them, it’s me).  It’s dark and gritty with just the right touch of romance. Honorable mentions: The Just City by Jo Walton and Warriors of the Storm by Bernard Cornwell.

2014: Traitor’s Blade by Sebastien de Castell. These books are fast paced and the characters and their banter are fabulous.  There’s not a lot of magic- but a little, and I’m more than okay with that.  Fun fact: the author is an actual fencer, and his dueling scenes are better for it. Honorable mentions: Revival and Mr. Mercedes both by Stephen King.

2013: NOS4A2 by Joe Hill.  This is about a vampire from Christmasland.  I know that’s odd.  Don’t question it.  Just go with it.  Honorable mention: Ancillary Justice by Ann Leckie and The Golem and the Jinni by Helene Wecker. 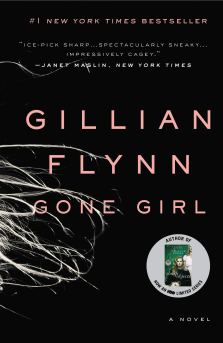 2012: Gone Girl by Gillian Flynn.  I know Amy Dunne is a sociopath, but she’s a disciplined and brilliant sociopath.  For some reason- along the with The Mere Wife, I’ve been thinking a lot about Gone Girl and wishing there were more stories like this available.  Honorable Mention: Yes, Chef by Marcus Samuelsson and The Rook by Daniel O’Malley. 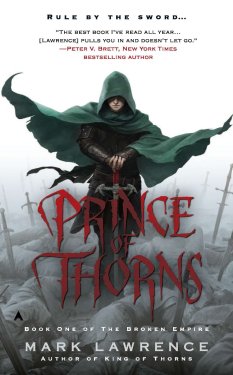 2011: Prince of Thorns by Mark Lawrence. Much like Amy Dunne, I find Jorg to be a very compelling as a character.  Also- this is just a delightfully wicked book. Honorable mention: Shadowfever by Karen Marie Moning and Akata Witch by Nnedi Okorafor.

2010: Sh*t my Dad Says by Justin Halpern.  So this is a weird place to end up.  Anyway- apparently I didn’t read much and definitely wasn’t tracking my reading in 2010.  Don’t let that stop you from checking out this hilarious book. Justin’s dad is definitely a guy I wouldn’t mind drinking a beer with.  Here’s one of my favorite quotes from the book:

“On [Justin’s] Response to Having [His] Tires Slashed ‘Oh, don’t go to the goddamned cops. They’re busy with real shit. I don’t want my tax dollars going to figuring out who thinks you’re an asshole.'”

And that’s it!  What about you?  What are your favorite books of the past ten years?

It’s official. I’ve run out of Terra Ignota books to throw at you.  So I’m going with another cherished and favorite series- The Greatcoats!  Have you read them yet?  My hope in starting Throwback Thursday was to bring some love to some under-appreciated series.  Admittedly- The Greatcoats has about twice as many ratings, but still I feel like it’s not enough.

What a great book. I absolutely loved the three main characters, Brasti, Kest and Falcio (though I think Kest was my favorite) and the banter between them. It reminded me a lot of the game Dragon Age and I could just picture the “party” wondering around on their mission to find the King’s Charoites sniping at each other and kicking ass.

I loved the way the story unfolded. Falcio val Mond, the leader of the group and the Greatcoats (the King’s magistrates), has been trying his best to fulfill the mission his King, Paelis, gave him five years ago. The twist? Nobody knows what exactly the King’s Charoites are. The mission was given to him right before Falcio stood aside and allowed the treacherous dukes to murder the king who he loved. Now the land is ruled by the nobility, there is no king, and the Greatcoats have been disbanded and labeled traitors.

This story is told in both a present timeline, and flashbacks to the past. We learn how Falcio and his group came together, how the Greatcoats were reassembled by King Paelis, and how they were disbanded again. The flashbacks felt really natural and were inserted at appropriate times in the story. This kept them interesting and they never once felt like long boring bouts of complicated backstory. I enjoyed reading those parts as much as I enjoyed reading about what was happening in the present.

I did feel like the middle of the story was a bit slower than the rest. The action was ridiculously non stop, to the point where Falcio hasn’t slept in like 48 hours straight, at least. It was almost comedic how many fights he left only to stumble into another one. The action is told well and is in no way boring, and Falcio has enough tricks up his sleeve to keep it interesting, I just felt that the magic of the book was truly in the world building and the banter between characters. So when Falcio is on his own protecting Aline from the horrors of blood week, I was just kind of reading along hoping for him to get back on the road.

The ending was fantastic and I did not see the twist coming. Looking back there was some subtle foreshadowing but other than Feltock I loved how everyone’s story ended. Even though this book is part of a series it has a definite conclusion (with no massive cliffhangers).

I highly recommend this to anyone who enjoys snarky characters and gritty fantasy!