This week’s topic is pretty straight forward.  I’m pulling most of these from a list of buddy reads I’ve already agreed to join.  I swore this year I wasn’t going to do this to myself… but my March reading is already behind and April is pretty much booked solid.  You see the trouble is I commit to buddy reads and then I find all this other great stuff to read along the way.  So while three or four buddy reads is totally reasonable in a month- I’ll probably end up reading twice that and cramming eight or nine reads into a month.  #INeedToPlanBetter. 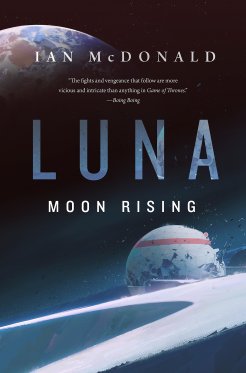 Moon Rising, Luna #3 by Ian McDonald – I am SO EXCITED for this book.  It releases today!!  Plus I learned that CBS has picked up the TV rights on it.  I’m not sure they can do it justice (probably not like HBO could anyway) but I’ll give it a try if it ever manifests.  I’m so in love with this world and all it’s drama.

Beowulf, Seamus Heaney translation – So this is super embarrassing to admit, lover of vikings that I am, but I’ve never read this.  And I need more classics on my roster this year because last year I read none. 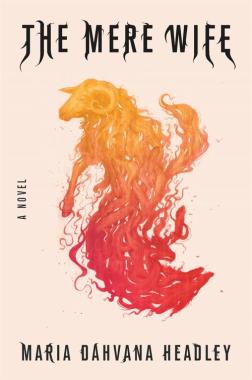 The Mere Wife by Maria Dahvana Headley – If you aren’t familiar with this one, it’s a modern, suburban house wife, retelling of Beowulf.  To me there’s something contemporarily vicious about modern housewives and keeping up with the Joneses, so as odd as it sounds I think the setting will fit a Beowulf retelling perfectly. 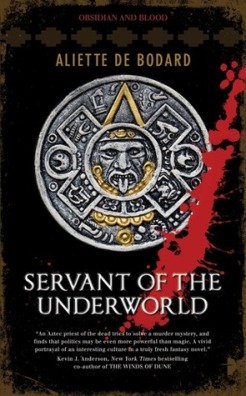 Servant of the Underworld by Aliette de Bodard – I actually have no idea who Aliette de Bodard is, I just know her name keeps coming up everywhere.  Tenochtitlan, Aztecs, high priests and priestesses… No idea what it’s about, but I’m sold.

Time Was by Ian McDonald – I’m pretty convinced at this point that Ian McDonald is one of the more underrated science fiction authors out there right now.  Again- no idea what this one is about, but for some authors, it really doesn’t matter.  I’m hoping for a sweeping science fictional LGBT+ love story.  And that cover is gorgeous.

Alien Virus Love Disaster by Abbey Mei Otis – This book, along with Time Was (above) is nominated for the Phillip K. Dick award.  I fell in love with this book based on the title alone (you know, because 400 years in the future, I am totally a walking Alien Virus Love Disaster).  It’s a collection of short stories and looks like it will be pretty quick.

Wicked Saints by Emily Duncan – Somehow I was lucky enough to be approved for an ARC on this one (St. Martin’s Press has always been kind to me).  To be honest, early reviews have me a little nervous, but with a title like: Wicked Saints and a series called: Something Dark and Holy… what’s not to love?! (Please be good.) 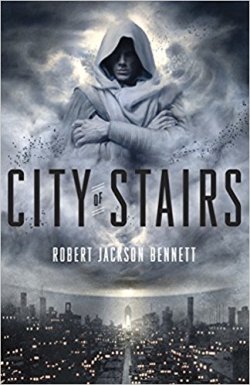 City of Stairs by Robert Jackson Bennett – The number of books this man has on my TBR list is seriously out of control.  Everything he puts out I feel like I need to read and I’ve yet to actually read any of them.  Worse still- the omnibus for The Divine Cities was on sale for $2.99 a couple months back (a steal) so I own all three and still haven’t read them.  Spring 2019, it is time. 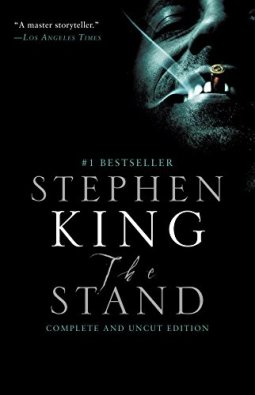 The Stand by Stephen King – I have to work really hard not to read Stephen King all the time.  Even on his worst days, he still offers me more than a lot of what I feel like I’ve been reading lately.  And I still have SO MANY of his books on my TBR.  Lately I’ve been wanting to read the stand, because I feel like it will be epic on the scale of Under the Dome.  (At least that’s what I’m hoping for.  Please don’t let me down.)

Witchmark by C.L. Polk – I realize this is a bizarre follow up to The Stand, but reading The Wolf in the Whale last month, I was reminded that romance really is a favorite genre of mine, when it’s done well.  So I suppose it’s not a coincidence that both Time Was and Witchmark landed on my Spring TBR.  It’s nominated for the Lambda award and seems to have great reviews so I’m very excited for it.

That’s it!  I probably will end up reading ten totally different things, but I’m hopeful I’ll at least make it through the six buddy reads I have planned.  What about you?  What’s on your Spring TBR?